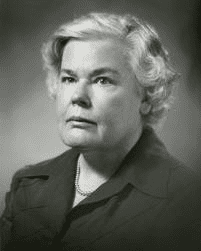 In some situations, patients are encouraged to be more independent. This can be especially true in rehabilitation settings, in which patients are transitioning out of being cared for by physicians and nurses and back home to exclusive self-care. In these cases, the Self-Care Deficit Nursing Theory can be applied to help patients be more independent and prepare to be released from the healthcare facility where they are being cared for.

She was also given many awards during her career: the Catholic University of America Alumni Achievement Award for Nursing Theory in 1980, the Linda Richards Award from the National League for Nursing in 1991, and was named an honorary Fellow of the American Academy of Nursing in 1992.

One of the works written by Dorothea Orem is:

The Self-Care Deficit Nursing Theory, also known as the Orem Model of Nursing, was developed by Dorothea Orem between 1959 and 2001. It is considered a grand nursing theory, which means the theory covers a broad scope with general concepts that can be applied to all instances of nursing.

The central philosophy of the Self-Care Deficit Nursing Theory is that all patients want to care for themselves, and they are able to recover more quickly and holistically by performing their own self-care as much as they’re able. This theory is particularly used in rehabilitation and primary care or other settings in which patients are encouraged to be independent.

One of the benefits of Dorothea Orem’s Self-Care Deficit Nursing Theory is that it can easily be applied to a variety of nursing situations and patients. The generality of its principles and concepts make it easily adaptable to different settings, and nurses and patients can work together to ensure that the patients receive the best care possible, but are also able to care for themselves. Thanks to Dorothea Orem’s dedication to nursing, as well as her hard work in the field, nurses can use her theory today to care for patients and make their transition from the hospital or full-time care facility to their own home much smoother.